Play With Me by Alisha Rai – B+ Fun and super sexy short (about 100 pages) about Tatiana and Wyatt.  They dated in high school and college and were each other’s first lovers.  They discovered kink with each other.  But things fell apart.  Now, 10 years later, they meet up again.  After they meet, their chemistry is still so strong, they agree to spend one night together.

“I met you when you were chubby and had frizzy hair and acne.”

A gasp escaped her lips. So she’d had a bit of an awkward phase. Bringing it up now was hardly gentlemanly. “Shut up, Caine.”

“My point is, I wanted you then. I still want you now. When I walked away from you all those years ago, I knew that wanting would never stop.” He tucked a strand of hair—sleek, not-frizzy hair, thank you very much—behind her ear. “Prettiness helps, Tatiana, but you and me? It’s always been more.”

I loved that there was more to Wyatt’s attraction than just the physical.  And it was the same for Tatiana.  Their connection was far more complicated than lust.

When he was young, he could remember playing at his mother’s feet with a mechanical toy she’d treasured from her own childhood. After it was wound up, a pair of skaters would dance around the perimeter of the circular surface, come together for a brief moment for the crescendo of the song, and then skate off again for the chorus.

When he and Tatiana had called it quits, part of him had hoped they’d never meet again. The pain of the breakup was that excruciating. Another part of him—a secret, hidden part—had wondered if they were like that mechanical couple. Crashing together, twirling around, maybe drifting off. But always returning.

There is also some wry humour, a sex positive and body positive vibe (with a healthy amount of realistic occasional insecurity) thrown in.

She’d never been that self-conscious about her body. She worked hard to take care of herself, running daily even when she was in the grip of a feverish new design or project.

But since Wyatt’s head was right at the level of her pussy, she couldn’t help but be a little self-conscious. Should she have waxed? Shaved? Added sparkly jewels? Maybe installed a music box?

My sense was that they split a decade before not for lack of love, but for lack of good communication and maturity.  The thing that both have to work out now is whether there is sufficient maturity and communication to make a relationship successful now.

By the end, they agree to see where it goes – which I think is absolutely where the story had to go.  There will be other stories which map their relationship (the excerpt from the next book made me want it NOW) but this story had to end where it did.  To do otherwise would not have done justice to all that had gone before.  So, it is a hopeful HFN with more to come. Win.

Crossing the Line by Katie McGarry – B-  Cute and sweet novella featuring Lila, Echo’s best friend from Pushing the Limits and which I picked up for free from Amazon when it came out (it is still free: here).  Lila is left home alone when her parents and brothers go to Florida (I believe to check out the university).  Why Lila didn’t go with them was never explained, particularly because she plans on going to college there.  Apart from that (which did have me scratching my head a little), the story is sweet.  Lincoln’s brother Josh was killed by the same IED in Afghanistan which also killed Echo’s brother Aires.  Lincoln and Lila met at Aires’ funeral and have been exchanging letters for the 2 years since then.   After Lila finds out a secret Lincoln has been keeping from her, he drives 10 hours to try and convince her she shouldn’t give up on him.
Coming Soon

I read Glitterland by Alexis Hall this month but the review won’t go up til August when the book releases.  I’ll let you in on a secret.  I liked it a lot. 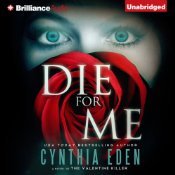 Die For Me by Cynthia Eden, narrated by Emily Beresford – C- – I reviewed this one for Speaking of Audiobooks.  Maybe romantic suspense doesn’t work for me so much anymore. *sigh* 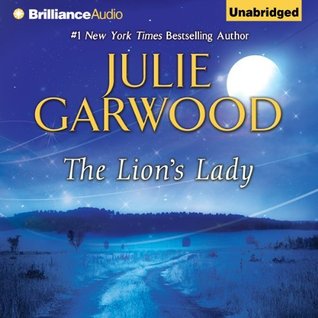 The Lion’s Lady by Julie Garwood, narrated by Susan Duerdin – B-  I reviewed this one for Speaking of Audiobooks also. 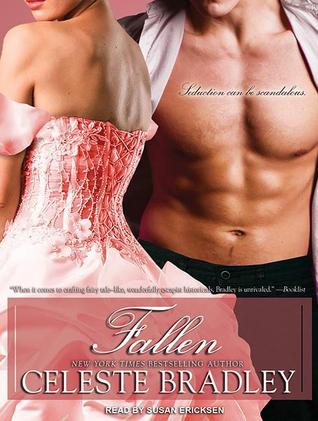 Fallen by Celeste Bradley, narrated by Susan Ericksen – C  I reviewed this one for AudioGals.

The Autumn Bride by Anne Grace, narrated by Alison Larkin – B-  Another I reviewed for AudioGals.

I’m nearly finished Fever by Maya Banks.  I’m having a lot of trouble with the hero in this one. I liked Rush better.
Links
Here’s what you may have missed:
Country Mouse and City Mouse by Amy Lane and Alexsandr Voinov
Undeclared by Jen Frederick
Bad Attitude by KA Mitchell
True by Erin McCarthy
Untamed by Anna Cowan
Never a Hero by Marie Sexton
Warrior’s Apprentice (audiobook) by Lois McMaster Bujold
A Gentleman Undone by Cecilia Grant
Dare You To by Katie McGarry
Fire Inside by Kristen Ashley
Tangled by Emma Chase
Own the Wind by Kristen Ashley

and I deconstructed my favourite sex scene.

I was also over at AudioGals with a review of I’ve Got Your Number by Sophie Kinsella and  Every Breath You Take by Judith McNaught. Plus, I was at the ARRA blog with a review of Trail of Fire by Diana Gabaldon.  And, also at Speaking of Audiobooks, with reviews of Love Irresistibly by Julie James and Twice Tempted by Jeaniene Frost.

6 comments on “May Round Up”