Why Can’t People Just Talk To Each Other??

Author: Kaetrin
Dear Everyone,I’m a results person.  I tend to look at where I want to go and plot a course to get me there.  (I am also a details person but for the purposes of this post, that’s not so important – although it can make me very annoying.)  In a potential conflict, my goal is to resolve it.  If I think maybe I have misunderstood something, I’ll ask a question to clarify.  I don’t tend to jump to conclusions without evidence.  I’ll ask until I’m clear.  So I don’t get the “Big Mis”.  It’s my least favourite trope in romance. 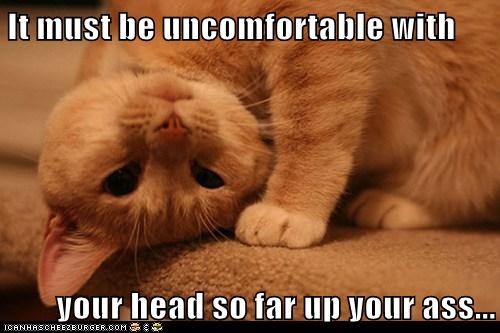 Very rarely, it can work for me – usually where the misunderstanding is logical (this takes some setting up so that I don’t want to kick either main character) and of short duration.  The longer it is drawn out and the less rational the conclusion jumped to, the more likely it is I’ll want to throw my reader at a wall.
I want my romance heroes and heroines to be smart and emotionally mature.  So why can’t they just talk to each other?  Why not just ask, “when you said that, did you mean x?”  Or, “what were you thinking just now, because you looked really happy?” (instead of – as happened in a recent book I listened to – jumping to the conclusion that because she looked happy, she must have been thinking about another man, the whore).
I know that all people are not like me. And, there are times where I’m scared to ask in case my conclusion is correct.  But, in the end, I’d rather know the truth.  Take the classic “Big Mis” where the guy thinks his partner is cheating on him.  Why not just come out and ask?  Why not put the concerns on the table and see what happens?  Two reasons: a) because it serves the plot to make the conflict longer and b) the guy is too chickenshit to ask – because, what if he’s right?  (You can swap the gender here, it still works).  The way I look at it, if I’m the guy in my example, I’d want to know for sure if she’s a cheating cheatypants.  If she isn’t then I’ve save myself a lot of grief and heartache (although I wouldn’t suggest leading with “you’re a cheating skank, aren’t you?“).  If she is, then I can deal with what is, rather than what I think it might be.  I can try and solve whatever’s going on and try to rescue the relationship (if I even want to try) or I can get out.  But I’m not laboring under a misapprehension.  I know.  Typically, the guy (or the girl. Really, I’ve seen both many times) delays the discussion and worries and comes up with even more ridiculous theories until eventually the cost/benefit analysis is: I either ask her or lose her.  What do I have to lose?  My question is:  What did he have to lose in the first place?  Dude!
If a character is set up to be reluctant to question someone’s motives and if the conclusions aren’t just fairy tales spun out of whole cloth, I might have some sympathy.  But the amount of times a simple conversation solves the problem is frustrating to me as a reader.  A novel must have conflict.  But when the conflict is merely that two people are too stubborn or proud to have a conversation, to risk being wrong or being hurt (and being right) in order to know and sort it out (if possible) I get cranky.  It seems lazy to me.
Little misunderstandings; they happen. When shortly after there’s a  sorting-out conversation, that makes sense to me.  I can buy that. In fact, I even like it.  It grounds a relationship in reality.  I like a book where there’s one or two big conflicts but there are also smaller problems to be solved along the way as the couple get to know each other.  I like watching the couple actually communicate and resolve issues before things get out of hand; it gives me confidence in their HEA.
Stubborn pride isn’t that attractive to me and many times in the “Big Mis” that’s what I’m seeing on the page.  I’d like main characters with a higher emotional IQ please.Thank you,
Love
Me

11 comments on “Why Can’t People Just Talk To Each Other??”