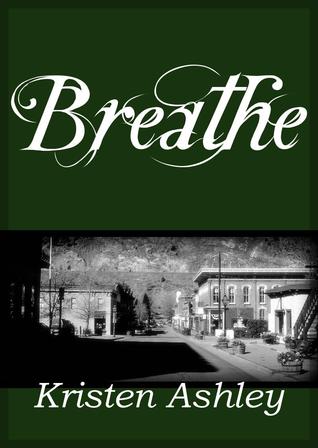 Why I read it:  I bought this one a while back and I decided to finish the series (so far) as a little reading treat.
What it’s about: (from Goodreads)  In order to protect a father he does not respect, in Lady Luck, we learned that good cop Chace Keaton went bad, sacrificing his career and his future. But when the local police department’s secrets are revealed and the wife he’s forced to marry is murdered, Chace finds himself the town of Carnal’s hero. Knowing how deep in the mud he was forced to sink, Chace feels he’ll never get clean. The quiet, content future he envisioned of the love a good woman with whom he could build a family was now beyond his reach. The only thing he can do is find his wife’s murderer.But he isn’t the only one looking.While searching for new leads, he runs into Faye Goodknight, the town’s quiet, shy, pretty librarian. Chace has long since had his eye on what could possibly be the town’s last remaining virgin but he has also long since given up hope he could make her his. Faye is pure and clean and Chace refuses to dirty her with his sordid past.Pure and clean Faye may be, but when the shy librarian is forced to go head to head with the man who she’s had a crush on since he hit her hometown, Chace finds Faye is full of surprises. And he doesn’t know what to do with her.
What worked for me (and what didn’t):  To be honest it took me a little while to get into this one.  I felt my reading mojo was missing initially and I was getting too distracted by Twitter.  But, by about 1/3 in, I felt I had hit my straps and things were looking up. By the end, I had mixed feelings. I enjoyed the romance but the subplot involving the Elite was too opaque for me and the parts involving the children mixed with so much cheese as to render me lactose intolerant.
I did feel Chace had a slight personality change from when we first saw him in Lady Luck.  He was all hero in Breathe, but his character was murkier in the earlier book and it was a surprise to me that Ty and he had become so close. And, I can’t say that I’m a huge fan of the idea of a guy having his eye on a woman but catting around for a while and just leaving her on ice so to speak.   As it happened, that plan backfired fairly spectacularly for Chace. Ha.Chace was initially a dick to Faye because he felt he wasn’t good enough for her.  Once he decides he’s going to be selfish and, despite being not good enough for her, go for it anyway, he’s much nicer.  Faye, who has had a major crush on Chase since she was a teenager, doesn’t take long to fall completely for him.Faye is quiet and somewhat shy and she’s also a geek – she loves Battlestar Galactica, Supernatural all things Joss Whedon and Firefly in particular.  She has a close friendship with two people she met on an online Firefly forum, where she uses the avatar Inara.  She and her friends are trying to solve the murder of Chace’s wife Misty in order to help Chace move on.  (There is an ulterior motive – if Chace can move on, then Faye has a chance with him).  Later in the book, when Chace finds out what “Inara” and her friends are doing, he demands they cease and desist and this funny exchange occurs.

Swear on any possible future, no matter how slight, that Nathan Fillion could kiss you, the universe would take that opportunity away if you keep up with ANY of this. I pressed.

Nothing then, Fine. I swear on losing the opportunity to kiss Nathan Fillion that I’ll stand down.

I sighed with relief because that was so big it was huge but I typed. Thank you.

Part of the fun and humour in the book is how Chace’s and Faye’s tastes in tv shows and entertainment is different.  Fairly early on in the piece, Chace makes it known what it will take to watch Battlestar Galatica with his lady.

“Should the unfortunate event occur that I’m in a full body cast and unable to move for months, there’s no sports on TV and I’ve rewatched reruns of Friday Night Lights so often, I can quote them, you have permission to introduce me to Admiral fuckin’ Adama.”

I enjoyed the developing romance between Faye and Chace and their sexy byplay.  When things turn sour in their relationship, I loved how Faye held her ground and did not give in. I absolutely loved that this forced Chace’s hand so he had to stop being a dick and they worked it out quickly rather than there being any drawn out drama.

Chace and Faye bond over a homeless child they try to help.  It is all very earnest and good and kind but the story of Malachi and how he came to be homeless, while I cannot deny it occasionally tugged my heartstrings, was really a bunch of stereotypes served with a lot of cheese.

The resolution to Misty’s murder was anticlimactic to say the least and the Elite group of “faceless” men who had been blackmailed by Arnie Fuller (the former Carnal PD chief) were too hazy and faceless and their motivations obscure for it to be satisfying for me.

I liked the romance and I enjoyed Chace and Faye and as that was the main reason I read the story, it wasn’t wasted time.  While not as enjoyable as other books, it was still a fun ride.

Tagged with: Kristen Ashley
Posted in: B reviews, C reviews

4 comments on “Breathe by Kirsten Ashley”