A Tale of Two A**holes, or: What a difference female agency makes

Author: Kaetrin
I recently listened to a book with an asshole hero and, around the same time, read another with a similar type of male lead.  Though there were problems with both, one of the books worked much better for me than the other.     The main reason I disliked the first book was that I could not like the hero.  But in both books, the hero is  an asshole.  So: why did I like one and not other?  This post is the result of my mental ramblings on the topic.  And it all comes down to female agency. 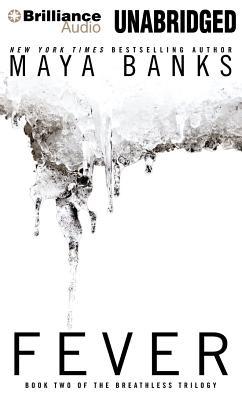 Book 1 was Fever (Breathless #2) by Maya Banks.   This author seems like a lovely lady from what I can tell from Twitter. My opinion of this book is in no way an opinion of her.  She tends to be a hit or miss author for me.  I loved Sweet Surrender and I enjoyed Rush, the first book in the Breathless series quite a bit.  But Fever was not a success.  While lots of people loved Fever (which is fine because Vegemite), it didn’t work for me.

The second book was Tangled by Emma Chase.  Ms. Chase is a new author but I enjoyed her writing style and the humour of the book very much. (and again, just because I thought Drew was an ass, doesn’t mean I think she is. Just to be clear).
The two books are very different in tone.  But they have in common that the male protagonist is a jerk.  I discussed Drew a fair bit in my review of Tangled. As the book is told from his point of view, we are steeped in Drew from start to finish.Fever is told in third person with the POV shifting between the two main characters.  But, Fever is almost always in the male gaze so our hero, Jace Crestwell is the most prominent character in the book by a factor of about a million.
Jace is arrogant, domineering and controlling.  His heroine is Bethany.  She is much younger than he (23, to his 38). She is homeless, he’s a billionaire.  The disparity in their stations could hardly be more different.  Jace falls instantly in love with Bethany when he sees her waitressing at his sister’s engagement party. He and his friend Ash, usually share women.  But Jace doesn’t want to share this time (which is how we know Bethany is “the One”).   Even so, when Ash sets something up for the three of them, Jace goes along with it because he thinks it’s “the only way he’ll have her.” (*rolls eyes*)  Bethany disappears the next morning and Jace, who really has no more knowledge of her now than when he saw her across the room the evening before (except for what it’s like to have sex with her), goes all out to search for her.  He finds her a couple of weeks later in a women’s shelter. Bethany has lived on the streets for 4 years but she isn’t particularly tough.  She comes across as very fragile for the most part.  Jace literally carries her out of the shelter (without asking her permission) and installs her in his sister’s old apartment.  He wants her to have a “semblance of control” so he doesn’t move her into his place. Yet.  Within a week however, he’s done with being “patient” and “giving her time” – even though they’ve not spent a night apart.  He wants a Total Power Exchange relationship.  Except, she doesn’t have any power to exchange.  She has no agency whatsoever.  At one point Jace even thinks to himself that all she has is the “guise of power” because he has all the power in actuality.
For her protection (there is a reason but the threat is quickly dealt with even though the bodyguards still keep watch), Jace has arranged bodyguards for Bethany and she’s not allowed to go anywhere without them, unless she’s with Jace. At this point I was thinking the woman had basically been kidnapped.  For her part, Bethany did virtually nothing other than make herself available for Jace – it seemed to me she was nothing more than an animated sex toy.  He rode roughshod over her at every turn, allowing her no choices, acknowledging that he held all the power and control and that he liked it that way.
I never understood why he loved her.  She wasn’t even really allowed a personality. It was all about pleasing Jace. Ugh.  During the course of the book, she was content to sit waiting for Jace to come back to the apartment and have sex with her.  She didn’t attempt to get a job – it wasn’t even something she thought about doing – apparently she pretty much just waited for him to come home (and jump to conclusions or have sex. Or both). Jace bought her clothes, food, gave her a roof over her head and all she had to do was put out.
And, if Bethany were to object in any serious way, her choice was the street. (I understand that, for some, this type of hero appeals to the fantasy of the woman not having to decide anything for herself in a world where many women are overwhelmed by all the decisions they have to make.  But, for me, this crossed the line from sexy fantasy to creepy asshole. YMMV) 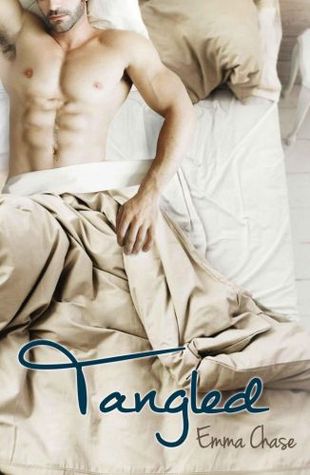 To contrast, the heroine in Tangled is Kate.  She is a professional woman – a peer of Drew’s who is his equal at work, who doesn’t need him to provide for her, who lets him know when he’s crossed a line (as he often does), who pushes back and gives as good as she gets.  She is almost the total opposite of Bethany.

In pondering the asshole factor, I came to the conclusion that the big difference was the heroine the ass was paired with.  The ass and the doormat is no fun for me.  The ass and the ass-kicker – now that’s a different story.  It is perhaps a bit of a stretch to refer to Kate as “ass-kickers”, unless you compare her to Bethany whose doormat factor is so high it’s a wonder she doesn’t have permanent boot marks on her face.
A couple of years ago, I didn’t even know what female agency was.  I notice it now.  If a woman has no power, there can be no negotiation of it.  If she has no agency at all, the relationship is so unequal for me as to be more that of a master/slave  (and not in a kinky fun way either).  Her adoration reeks of Stockholm Syndrome, not love.
I didn’t really see Bethany gain any agency during the course of the book. Kate had agency to start with and she never lost it.  I could see why Drew was attracted and stimulated emotionally, physically and intellectually by Kate.  But I struggled to see the attraction for Jace – it seemed to me that Bethany could be interchanged with generic blow up toy number 36 and there would not be a lot of difference. I’m a hero-centric reader but if the heroine is basically invisible, there is no joy in it for me.  A hero is only as good as his heroine. A strong heroine can make even an asshole appear attractive but with an invisible, powerless, heroine: he’s just an asshole.

14 comments on “A Tale of Two A**holes, or: What a difference female agency makes”