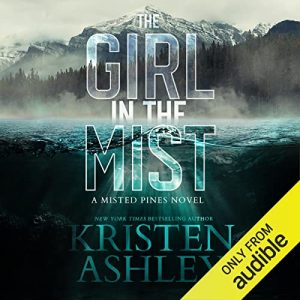 The Girl in the Mist by Kristen Ashley, narrated by Hillary Huber – C Given that under the title is the subheading “A Misted Pines Novel” I assume that this is the first in a new series. Set in the fictional town of Misted Pines in Washington State but otherwise in the same universe as her other contemporary books (Hawk Delgado, Lee Nightingale and Joe Callahan, among others, all have cameos), the story is about a famous actress-turned-author, Delphine LaRue, who moves to the town to get away from a stalker who has kidnapped and raped at least two women and who has committed other crimes against Delphine’s former costars. She buys a house on the lake and has excellent security installed and is being monitored by the FBI and Hawk Delgado.

The closest house to hers belongs to Cade Bohannan and his adult twin sons and his teenaged, daughter.

Both Delphine and Cade are in their early 50s which I liked very much. The romance which develops between them is pretty much lacking in any kind of conflict. They are mutually attracted and while there is a bit of a slow burn, there is nothing keeping them apart and they resolve any potential conflicts very easily and straightforwardly.

END_OF_DOCUMENT_TOKEN_TO_BE_REPLACED

I’m over at AudioGals with a review of Wild Wind by Kristen Ashley, narrated by John Hartley & Stella Bloom. John Hartley does most of the narration in this, Dutch Black’s story. I enjoyed it better than Wild Fire thankfully. 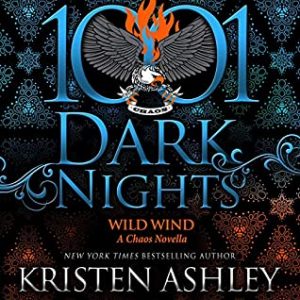 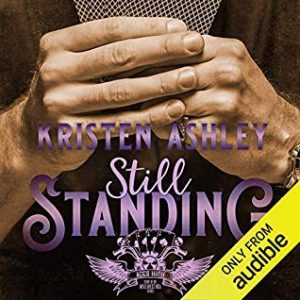 Still Standing by Kristen Ashley, narrated by Erin Mallon (with Jason Clarke) – B One of my favourite Kristen Ashley books is Motorcyle Man. Which is just as well as this book is basically Motorcycle Man 2.0. There were enough differences to keep me interested but so many similarities, from the names of the main characters (Tack/Buck and Tyra/Clara) to the fact that Buck has two children, a boy and a girl from a previous marriage, complete with an evil-ex. (In fact, speaking of similar names, Buck’s daughter is Tatiana. Tack’s daughter is Tabitha and they are approximately the same ages). Like Tyra, Clara has a best friend who is in trouble and who brings drama to her door, albeit in different ways. Like Tyra, Clara ends up working at the MC’s business (which is a hardware store and contracting business instead of a custom car business and autoparts shop). Clara also wears tight skirts and “librarian” blouses and spike heels. There is even a cop who is the stand-in for the Mitch Lawson character from the earlier book. It’s familiar in a way that works if you liked Motorcycle Man. Like Chaos, Aces High are a clean club and there are the usual biker characters we’ve seen before, up to and including the one who cheats on his partner with a biker groupie (who causes trouble for Buck and Clara). Clara supplies baked goods to the bikers, Buck is a good cook – although he does great hamburgers rather than pork chops. Tatiana gets into trouble and Clara comes to her rescue and this causes a drama between she and Buck – if this sounds familiar it’s because it is.

Buck and Clara aren’t Tack and Tyra and the story does more than search and replace their names. I’m not complaining. I was hoping for another Tack and while Buck didn’t quite live up to him, he was, for the most part, a very satisfying hero. There was that one thing however…

END_OF_DOCUMENT_TOKEN_TO_BE_REPLACED 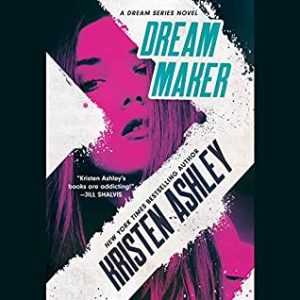 END_OF_DOCUMENT_TOKEN_TO_BE_REPLACED

REVIEW: The Will – a Passionflix Original 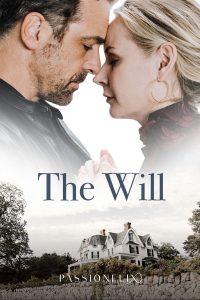 Why I watched it:  I loved the book and have read it maybe 3 times? (And I’ve listened to the audio twice as well. The narration isn’t even that good but I like the story so much and needs must, etc). So, when I found out Passionflix were making a movie of it I had to sign up and watch. (I used discount code TRUCK to get $2.00 off. I don’t know if it’s still valid but you’re welcome to try it.)

What it’s about: (via Passionflix)  Early in her life, Josephine Malone learned the hard way that there was only one person she could love and trust: her grandmother, Lydia Malone. Out of necessity, unconsciously and very successfully, Josephine donned a disguise to keep all others at bay. She led a globetrotting lifestyle on the fringes of the fashion and music elite, but she kept herself distant. While Josephine was trotting the globe, retired boxer Jake Spear was living in the same small town as Lydia. There was nothing disguised about Jake. Including the fact he made a habit of making very bad decisions about who to give his love. But for Josephine and Jake, there was one person who adored them. One person who knew how to lead them to happiness. And one person who was intent on doing it. Even if she had to do it as her final wish on this earth.

What worked for me (and what didn’t): I was so impressed with the casting and attention to the little details from the book. I spent much of the movie with a happy smile on my face (apart from the bits which were sad of course). Jake, Josie and the children (including the Taylors) in particular were just great. I loved too the decision to decision to cast a Black actress (Robin S. Walker) to play Alyssa. The only casting decision I was a bit iffy about was Henry. I didn’t get why Josie would ever have been in love with him to be honest. He just didn’t do it for me at all (sorry Martin Dingle-Wall) and he didn’t fit my mental image of Henry even a little. 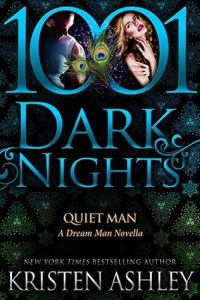 Note: Spoilers ahoy
Quiet Man by Kristen Ashley – C/C- I was keen to read Lottie’s story – she’s Jet’s sister (Jet was the heroine in Rock Chick Rescue) and was on the periphery of the Rock Chick group for most of the series. Lottie is the headliner stripper at Smithies and my favourite of the Rock Chick books, hands down, is about another headliner at Smithies – Daisy (Rock Chick Reawakening) so I was keen to see Lottie get her HEA and to revisit the crowd at the fictional strip club in Denver.

One of the things I most loved about Daisy’s book was that Marcus wasn’t bothered by her being a stripper and loved her, breast implants and all, without question and without any reservation. I was hoping for a similar experience in Quiet Man. Unfortunately, Mo was a bit judgey about stripping and it made me a little uncomfortable. They worked it out and Lottie continued to do what she wanted to do but I would have preferred more cheering and less reluctant agreement.

What else? I feel I speak fluent Kristen Ashley but there were sentences in this novella which made zero sense no matter how many times I read them. There were times I could get the gist but other times remained a mystery. There were also numerous typos. The novella really needed better editing.

Lottie has breast implants and is described in the book (often) as having “fantastic tits”. Which, awesome. But I noted that Mo had no interaction with her breasts in any of their sex scenes, with mouth, tongue or hands, until after she had had the implants removed later in the book (her choice, nothing to do with Mo), apart from admiring them while they were boning. So, when Lottie was feeling a bit uncertain about what he thought of her breasts at the reduced size and he only then got busy it jarred and made me a little uncomfortable. Perhaps I’m overthinking.