Stand In Star by Rachael Johns – C  (arc via NetGalley) This book suffered for being my first read after 2 A reads in a row.  It’s a hard act to follow – I don’t give out A’s very often.  I also had something of an ick factor over Nate having been Daisy’s lover before he and Holly got together – and his discussion with Holly about their (his and Daisy’s) relationship was immediately before their (his and Holly’s) first kiss.   I also questioned whether Holly would really bare her  (and her family’s) soul about Daisy on international television. Many of Holly’s decisions seemed a lot more than merely naive and I didn’t buy the set up that she would stay with Nate, a complete (and surly) stranger, in the first place.
Still, I had a bad book hangover (from the joy of the previous 2 books) and I think I wasn’t in the best mood for this one. I can’t say that I saw in Nate what Holly did – apart from that he was gorgeous, he ran hot and cold and was grumpy and rude more often than not.   I’m afraid this one didn’t work that well for me.  But I’ve left the grade at a C because I feel like I brought unreasonably high expectations to the read and I’m sure that affected me.

A Trail of Fire by Diana Gabaldon – C+ I reviewed this for ARRA.  My review will be on their blog in the near future.  A bit of a mixed bag for fans of the series.  Not a lot of romance (which was what I expected).

Behind Palace Doors by Jules Bennett – C-  (review copy via author) This one releases on March 1 in print but you can buy it at eHarlequin from February 1.   While it didn’t work for me that well, YMMV, for example, Lillie loved it.
I liked the sound of this one; friends to lovers, marriage of convenience, handsome Greek(ish) prince with TATTOOS (*swoon*), etc. – but the execution fell a bit flat for me.  I think I don’t mesh very well with this author’s writing style.  Words like “mysteriousness” and “uncomfortableness” throw me out of a story very quickly I’m afraid.  There is at least one book prior to this one.  Maybe I would have connected better to the characters had I read it?  I found it difficult to understand why a Greek(ish) prince would support a US Veterans Homeless Shelter rather than charity works in his own country.  Maybe his island is particularly rich – I don’t know, it wasn’t mentioned.  Even though Stefan didn’t seem to spend much time in his country actually doing anything princely, I couldn’t accept that someone raised to be king would countenance stepping away from the throne, particularly after the lengths he had gone to in order to maintain the island’s sovereignty.  Perhaps I think about these things too much. I thought the middle section of the book was strongest, after the marriage and when things really heated up between Tori and Stefan. But, sadly, overall I have to say this one didn’t work very well for me.

I’ll have reviews of Josephine Myles’ Screwing the System, Wayward One by Lorelie Brown and Dev Bentham’s Sacred Hearts going up sometime next month. Also I just finished Ruthie Knox’s How To Misbehave so the review will be up later this week.

This month, I also read an advance copy of Dare You To (Pushing the Limits 2) by Katie McGarry but it doesn’t release until May so the review is a while away yet. 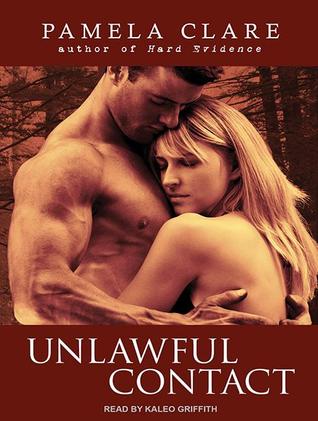 Unlawful Contact by Pamela Clare, narrated by Kaleo Griffith –  B+  I reviewed this one for Speaking of Audiobooks at AAR.

Fantasy in Death by JD Robb, narrated by Susan Ericksen – B  Continuing my quest to catch up on the series on audio as well as print. Getting there. I liked this one, but I read the book not too long ago and I remembered who the killer was so the suspense wasn’t as suspense-y for me. 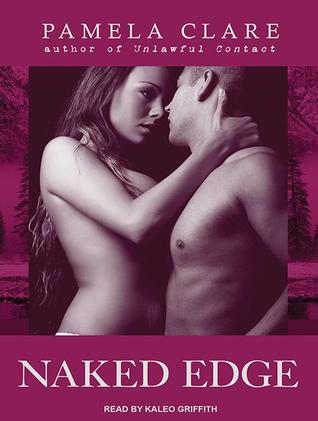 Naked Edge by Pamela Clare, narrated by Kaleo Griffith – A-  My full review will be up at AudioGals soon.

My review of Back to You by Robin Kaye for AudioGals will be up, most likely,  within the week.

In other news, I’m thinking of trying Graceling by Kristin Cashore on audio. Has anyone else tried it? Thoughts?

Here’s what you may have missed:
All He Ever Desired by Shannon Stacey
Blessed Isle by Alex Beecroft
The Look of Love by Bella Andre (audiobook)
Good for You by Tammara Webber
Room at the Inn by Ruthie Knox
About Last Night by Ruthie Knox
Addition by Toni Jordan
Custom Ride by KA Mitchell
Getting Hotter by Elle Kennedy
Out of Uniform 4-6 by Elle Kennedy
Back to the Good Fortune Diner by Vicki Essex
The One That Got Away by Kelly Hunter
Love in the Afternoon by Alison Packard
Not Proper Enough by Carolyn Jewel
Quid Pro Quo by LA Witt and Aleksandr Voinov
Promises Made Under Fire by Charlie Cochrane

I was also over at AudioGals with reviews of French Silk by Sandra Brown (hated it) and Jessica Sims’  Desperately Seeking Shapeshifter (fun!)  and there were reviews from me in this Speaking of Audiobooks column too.

2 comments on “January Round Up”