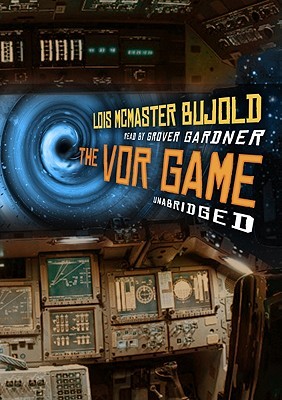 Why I listened:  After finishing The Firebird, I listened to some podcasts – a bit of a sorbet if you will, and I thought it was safest to listen to something from another genre altogether for my next audiobook – Kearsley casts a long shadow.  Also, Bujold is always reliable I have found.  This was no exception.
What it’s about:  (from Goodreads)  Together, they can get into a lot of trouble. Trouble only the combined forces of the Free Dendarii Mercenaries can get them out of. At least, that’s what they’re hoping…
In this latest adventure with the galaxy’s craftiest mercenary leader Miles, starts out by so shaking up the High Command on his home planet of Barrayar that he is sent to the other side of the galaxy – where who should he run into but his old pals the Free Dendarii Mercenaries. And a good thing too, because it turns out that Miles’ childhood chum, that’s Emperor Gregor to you, has been the victim of foul play, and only Miles – with a little Dendarii muscle – can save him. This is very important to Miles; because if Gregor dies, the only person who could become the new emperor is Miles himself – and that he regards as a fate worse than death.
What worked for me (and what didn’t): As is most often the case with the Vorkosigan books, I didn’t read the blurb before I clicked play.  The story begins when Miles is given his first assignment after graduating from the Barrayaran Military Academy.  He is sent to Kiril Island (“Camp Permafrost”) where his mission is to learn to be subordinate to superior officers and to also learn how to command ordinary soldiers.    What I thought was going to be the story (which perhaps would have been clearer had I read the blurb!) was not at all what the story turned out to be.  But, it’s an adventure tale and it’s an adventure when you don’t know where the story is going.  I was happy to go along for the ride and marvel at the way things went from point A to point Z and all the wonderful journeys in between.
Please note, there is no romance in this one at all. It is all sci-fi adventure with Miles falling into one difficult circumstance after another – each of them more complicated and dangerous – and how he, with wit, brains, help from his friends (and no little luck) get himself out of them and saves the day.
I love the humour of the series as well as the adventure and I love Miles’ character. I am enjoying watching him mature and learn from his mistakes and opportunities.  Another surprisingly engaging character in this book was Emporer Gregor – who comes into his own here and finds the mantle of leadership actually fits.  Not as angsty as Warrior’s Apprentice, The Vor Game was rousing good fun with the added bonus of brief appearances from personal favourites, Cordelia and Aral Vorkosigan.  Grover Gardner, as usual,  brings an extra dimension to the story with his deft characterisations and delivery.  Another winner.
Grade: B
BUY IT:
AMAZON      THE BOOK DEPOSITORY