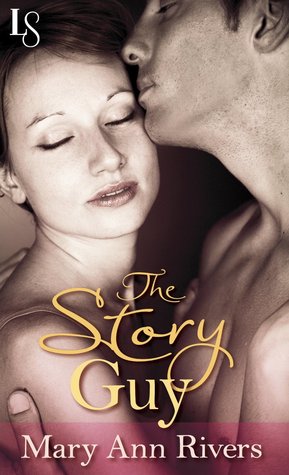 Why I read it:  I received a review copy from the publisher via NetGalley.  The first line from the blurb was enough to make me want it.
What it’s about: (from Goodreads)  I will meet you on Wednesdays at noon in Celebration Park. Kissing only.Carrie West is happy with her life . . . isn’t she? But when she sees this provocative online ad, the thirtysomething librarian can’t help but be tempted. After all, the photo of the anonymous poster is far too attractive to ignore. And when Wednesday finally arrives, it brings a first kiss that’s hotter than any she’s ever imagined. Brian Newburgh is an attorney, but there’s more to his life . . . that he won’t share with Carrie. Determined to have more than just Wednesdays, Carrie embarks on a quest to learn Brian’s story, certain that he will be worth the cost. But is she ready to gamble her heart on a man who just might be The One . . . even though she has no idea how their love story will end?
What worked for me (and what didn’t): This is a special little book.  At just on 100 pages, it sounds like the sort of thing you could read in an hour or two but it is meatier than that.  The words are dense on the page and having layers of meaning.  So it might take a little longer to read, but it’s totally worth it.

Carrie lives a fairly safe life, but she’s taken by the personal ad offering kissing only for an hour in the park every Wednesday.  After their first meeting she is smitten but Brian lives his life in tiny compartments and won’t let Carrie outside of “Wednesdays only”.  She talks about it to her friend Justin who advises her to go for it but to be careful, telling her

but he may be a story guy.”

“Yeah, a good guy with a bad story doing something stupid.”

“Justin, what the hell? You’re always the sensible one.”

He laughs. “I am sensible, but I’ve had a couple of story guys and I’m just saying, it’s nice to have those, here and there, both for the way they make everything glittery for a while and to make you appreciate the one you end up making a story with.”

I didn’t find it hard to guess what keeps Brian (the man Carrie meets in Celebration Park) to Wednesdays only, to kissing only.  But his story is poignant and moving and heroic in a way which is both everyday ordinary and devotedly amazing.   Brian’s available time in any given week is so restricted; he may be called away at the drop of a hat.  It takes a special woman to put up with that – and he’s learned not to expect it, not to look for it, and to force himself not to hope.  But when he meets Carrie…

Carrie is a fittingly wonderful partner for Brian.  She sees something so special in him that she is prepared to wait and to enjoy gratefully, what she can within his time constraints, without inflicting guilt and without desperation.  Carrie is content in her life when the book starts, with occasional bouts of loneliness – like most everyone has from time to time.  She has a job she adores, friends she enjoys and loving parents.  So she is able to be generous with her heart because she starts from that place of contentment.

I thought the story, for the most part, did a great job of stating the kinds of issues which faced Brian every day and the struggles he had.  I had a small niggle right at the end because there was an aspect to it which seemed perhaps a little too perfect – I’m sure they exist but the rest of the book was full of the gritty real and my understanding is that those perfect spaces are rare.  That is all very vague I know, but you’ll just have to read the book.

I was charmed by the premise but there is far more to it than charm.  It is moving and special, romantic and sexy and quite, quite beautiful.

“That first Wednesday, in the park, I saw you before I noticed you were holding the umbrella, and I had one thought, just one.”

My heart stutters. “What was that?”

Tagged with: Mary Ann Rivers, NetGalley
Posted in: A reviews

5 comments on “The Story Guy by Mary Ann Rivers”