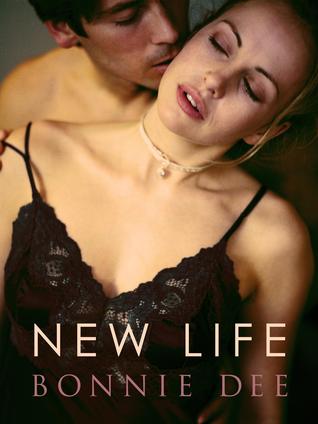 Why I read it:  Jane from Dear Author reviewed this at Goodreads and I loved the idea of the unusual hero so much that I went an bought it immediately.
What it’s about: (from Goodreads)  Since the car accident that caused traumatic brain injury, Jason has fought to regain his memories and the ability to organize thoughts and control emotions. His promising future shattered, he works as a night janitor in an office building and clings to routine to make it through his days.New lawyer Anna breaks down one evening after fumbling her first court case. Self-doubt brings her to tears in a deserted stairwell where Jason finds her and offers comforting words. From this unexpected meeting an unlikely romance begins.A casual coffee date soon leads to a deeper connection and eventually a steamy affair. But are Jason and Anna’s growing feelings for each other strong enough to overcome the social chasm that divides them and the very real issues of Jason’s disability?
What worked for me (and what didn’t): Definite kudos to Bonnie Dee for writing such an unusual hero and for making him a victim of his own stupidity.  Jason was the cause of his own accident – while sympathetic he wasn’t a victim and I think this made him more interesting; certainly more flawed.   The story is told in alternating first person POV of both Jason and Anna which I like – the more hero the better in my opinion and getting inside his head is a bonus.  I was told that Jason’s speech was halting, but I didn’t really see that on the page for the most part and I found myself falling into the trap that he was okay over and over again, only to be brought up short by other difficulties he has.  He isn’t stupid; he has memory and organisation problems and sometimes, particularly when tired or stressed, he finds it difficult to control his emotions.   His speech is articulate and funny but I’m pretty sure the voice I heard in my head wasn’t accurate.  This is actually a book I would love to hear on audio, provided the narrator could voice the halting nature of Jason’s speech faithfully and without making him a caricature – because I think the story would have had even more impact if I didn’t keep forgetting he was brain damaged.
The issues between Anna and Jason are very real.  Anna is a professional, a busy lawyer and she comes from a family of very successful lawyers.  Jason is a “step down” in many ways.  Jason worries how she could possibly be satisfied with him.  Anna worries about it too actually.  This is real and I was glad the book didn’t gloss over their problems.  However, I would have liked to have seen a little more of them dealing with other people – her family, his family (I wondered if they were suspicious of her motives?), her friends and colleagues – because Anna and Jason alone together were fine, but I wasn’t quite as confident about how they would manage with others.  And that’s important.  Would Anna eventually feel like she had to keep Jason at home and away from her professional life?  Would he be okay with that?
Many other aspects of their relationship worked out neatly and I thought, in a practical and workable way, but there were parts which were merely touched upon or alluded to and I would have liked more exposition of that.
Jason did some douche-y things – before his accident, as well as after it and I thought Anna did well to forgive him for some of his actions.  His apology at her office was a vivid highlight of the differences between them and one of the things which made me doubt, just a little, the longevity of their relationship.
But, I did enjoy this one.  I loved the non traditional power balance and would certainly like to read more of this kind of romance.
Grade:  B-