Amor en Retrogrado by AM Riley 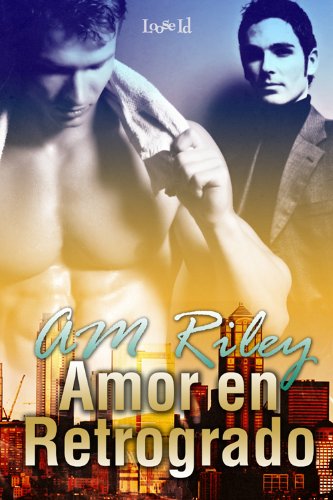 Why I read it:   It was recommended by various other m/m readers and I wanted to give this author a try.

What it’s about: (here’s the blurb from Goodreads) In the year since JD Ryan, Robert Lemos’s life partner, packed his bags and moved out, Robert has been in a painful daze, anesthetizing himself with work. Then one rainy night, he gets a call that his ex has been beaten and shot in a parking lot outside a gay dance club. JD is in critical condition and the man who was with him is dead. Robert rushes to JD’s bedside to find him recovering from the gunshot wound but suffering from retrograde amnesia. As JD slowly regains his memories, he recalls everything except the circumstances of the murder, and the reasons why he left Robert. He remembers their love, and seems determined to reconcile. It’s the miracle Robert’s been hoping for.Interference comes from all sides. Detective Bill Turner, who seems to have too personal an interest in JD, pegs Robert as the primary suspect in the shooting. Robert’s best friend, police Captain Gabe Lara, seems to feel that Robert is better off without JD. Even JD’s returning memory seems to conspire against Robert. And as the detectives track down the killer, Robert helplessly waits for JD to recall the truth of their relationship and leave him yet again. But if they survive the investigation, they just might find love in retrograde.

What worked for me: It’s probably best if I start with what didn’t work and then backtrack.

What didn’t:  On Goodreads, next to the title is (Bill Turner #1).  I guess, seeing that, I thought that the book was about Bill Turner.  But, it isn’t, not really. He’s a character in it but the male leads are JD and Robert.  The book starts with Bill being called to a crime scene where JD has been injured.  There is a minor romance (kind of) in the book about Bill – he’s in an on again/off again and extremely closeted relationship with someone called Christopher – but it’s more filling in the story and not the point of it.  I wondered why Bill was made so significant.   Maybe it’s me, but this threw me a bit – I spent the first part of the book trying to fit Bill into a relationship with one of the other main characters and I couldn’t and then it turned out I didn’t have to.

There were some editing problems within the story (eg Bill is alternatively called Bill Turner or Bill Tanner) and some strange formatting which was a bit offputting also.  But mostly, I just had trouble working out exactly where Bill fit into the story.  The suspense element of the story wasn’t entirely clear to me either.  Perhaps I was supposed to be wondering whether one of the secondary characters was a good guy or a bad guy but in the end, I didn’t quite follow exactly what he ended up being.

What else?: That said, the relationship between JD and Robert, told as it was, in a series of flashbacks, was emotional and compelling in its intensity.  There was an air of melancholy throughout their narrative which was like crack to me.  Those were the parts of the book I enjoyed best.  The writing is beautiful here and the flawed desperation of these characters is engrossing.   The flashbacks were told from Robert’s POV and it was for him I had the most sympathy – right up until the end, where JD makes a stunning revelation which completely changed my picture of Robert and I then lost most (if not all) of my sympathy for him. As a reader, I felt a bit betrayed by this, I must admit.

What then, am I left with?  There were things about the book which bothered me but there were other parts of the book which were just to beautiful and… compelling to me.  I loved some of it, was annoyed and occasionally confused by other bits and in the end, I felt let down because I had thought Robert was… not quite so flawed.  I guess because I cared that much about it, that the essential love story was a success but the extraneous bits were mostly just distracting.   I will definitely read this author again because the good parts were oh so good, but in the end, after vacilating quite a bit on the grade, I’m going with:-

5 comments on “Amor en Retrogrado by AM Riley”