I’m over at Dear Author with a review of The Vanished Days by Susanna Kearsley. I loved it. There was a part at the end where I literally gasped. [insert heart eyes emoji here] 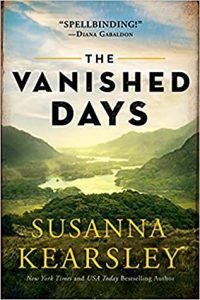 I’m over at Dear Author with a review of A Duke By Default by Alyssa Cole. A lot to like but I stumbled over a couple of things. 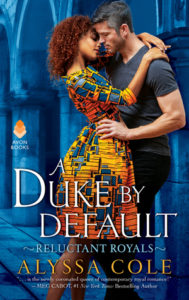 I’m over at Dear Author with a review of Doing No Harm by Carla Kelly. Even though it deals with some very tough themes (there were some tears, but it ends happily, I promise), it is charming and hopeful and a delight. 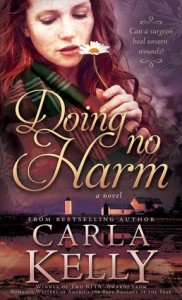 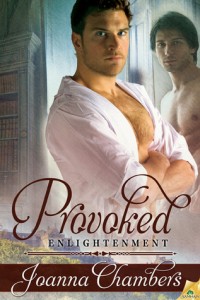 Why I read it:  I’ve had my eye on this series for a while.  I knew from the author that there was no HEA until the third book and that by the end of the first book, the protagonists are apart.  That being the case, I decided to wait until the third book was out before I read any of them. That way I could get my HEA fix.  While there are no cliffhangers, and book two does have a kind of happy for now ending, the big payoff is in book three.

I decided to review them all together because I think it is a story in three parts. Unless the writing style doesn’t work for a particular reader, anyone who picks up Provoked will read Beguiled and Enlightened as well.  I read them one after the other and I suspect new readers are likely to do the same.

Necessarily, the blurbs for the second and third books contain some spoilerish things for the previous stories but given that readers know that it is a romantic trilogy, I don’t think they give that much away.

Troubled by his sexuality, tormented by memories of a man he once platonically loved, David lives a largely celibate life—until a rare sexual encounter with a compelling stranger turns his world on its head.

Cynical and worldly, Lord Murdo Balfour is more at home in hedonistic London than dingy, repressed Edinburgh. Unlike David, he intends to eventually marry while continuing to enjoy the company of men whenever he pleases. Yet sex with David is different. It’s personal, intimate, and instead of extinguishing his desire, it only leaves him hungry for more.

As David’s search for the man who betrayed the weavers deepens, he begins to suspect that his mysterious lover has more sinister reasons for his presence in Edinburgh. The truth could leave his heart broken…and more necks stretching on the gallows.

What worked for me (and what didn’t):  I’m really glad I waited for all three books before I read this one. While it is the necessary first chapter and provides context to the relationship between David and Murdo, it doesn’t have a satisfying ending in terms of romance.  The story was complete – the mystery regarding the agent provocateur was resolved and there really was no other way for the story to end – neither man was remotely read for a happy ending but my romance loving soul was not soothed.  I was very happy to be able to move straight Beguiled.  It would have been a mistake for me to read Provoked when it was first released.