The Flatshare by Beth O’Leary, narrated by Carrie Hope Fletcher and Kwaku Fortune 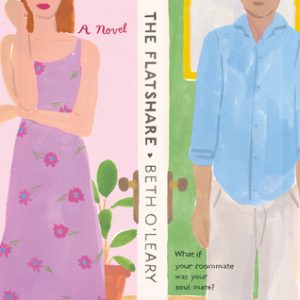 What it’s about: (from Goodreads)  What if your roommate is your soul mate? A joyful, quirky romantic comedy, Beth O’Leary’s The Flatshare is a feel-good audiobook about finding love in the most unexpected of ways.

After a bad breakup, Tiffy Moore needs a place to live. Fast. And cheap. But the apartments in her budget have her wondering if astonishingly colored mold on the walls counts as art.

Desperation makes her open minded, so she answers an ad for a flatshare. Leon, a night shift worker, will take the apartment during the day, and Tiffy can have it nights and weekends. He’ll only ever be there when she’s at the office. In fact, they’ll never even have to meet.

Tiffy and Leon start writing each other notes – first about what day is garbage day, and politely establishing what leftovers are up for grabs, and the evergreen question of whether the toilet seat should stay up or down. Even though they are opposites, they soon become friends. And then maybe more.

But falling in love with your roommate is probably a terrible idea…especially if you’ve never met.

What worked for me (and what didn’t):  I’d had my eye on this book ever since a friend recommended it on Goodreads. I listened to a sample of the audiobook before agreeing though because new-to-me narrators can be a bit dicey and it’s not fun to slog through a bad audio and it’s not fun to write a review about it. I didn’t get to hear any of the male narrator, Kwaku Fortune, on the Audible sample but Carrie Hope Fletcher’s voice was enough to have me signing up. As it happened, both narrators were very good – although I do have a couple of quibbles which I’ll talk about later – and I’ll happily listen to each of them again.

Told in the alternating (but not always evenly) point of view of Tiffy Moore and Leon Twomey, both twenty-something Londoners. Leon needs some extra money and works as a palliative care nurse on night shifts at a hospice. He spends weekends with his girlfriend, so he rents out his one bedroom flat for the nights and weekends for £350 per month. He gets the flat between 9am and 6pm Monday to Friday. Tiffy rents the flat for the rest of the time.

END_OF_DOCUMENT_TOKEN_TO_BE_REPLACED

I’m over at AudioGals with a review of Dear Aaron by Mariana Zapata, narrated by Callie Dalton & Teddy Hamilton. Not my favourite of Ms. Zapata’s books, but I still enjoyed it overall. 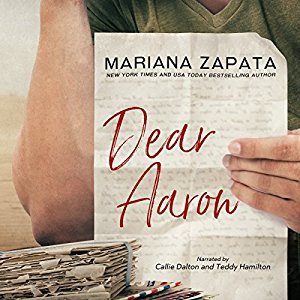 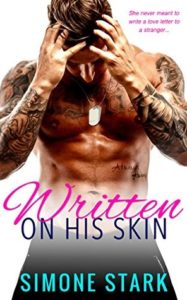