I’m over at AudioGals with a review of The Prospect by Lyssa Kay Adams, narrated by Ryan West & Laurie West. Second chance new adult romance. 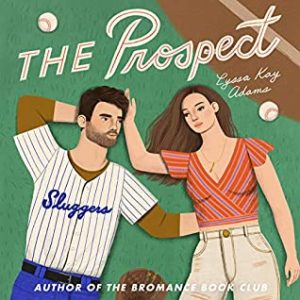 I’m over at Dear Author with a review of The Hot Shot by Kristen Callihan. Two people who don’t do relationships find themselves right in the middle of one. Oh man, that cover is gorgeous. *happy sigh* 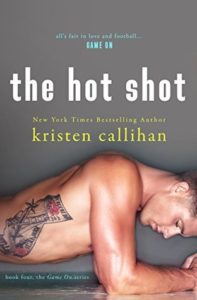 I’m over at Dear Author with a review of The Friend Zone by Kristen Callihan. This is the follow up to last year’s The Hook Up and it was So. Much. Fun.  Definitely recommend. 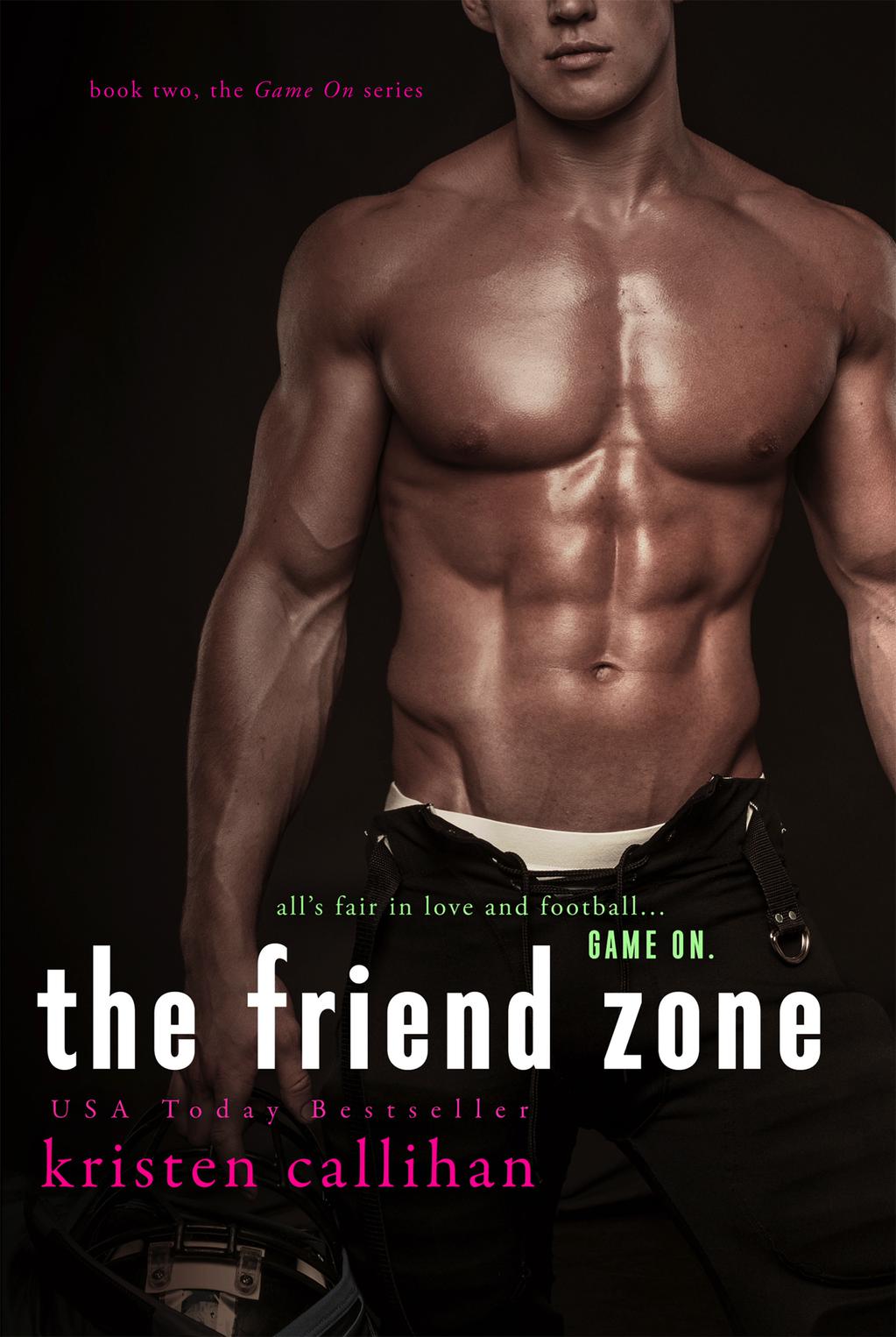 Skin in the Game by Jackie Barbosa

Author: Kaetrin
This review was originally posted in June 2013 but I’m re-posting it today to help support Jackie Barbosa.  Her 16 year old son died in a car crash last week and, of course, her family is devastated. Author friends of Jackie’s, Beverley Kendall and Courtney Milan,have a campaign going to promote Jackie’s books while she cannot, in an attempt to ease her burdens in some small way.  There is also a memorial fund for Julian which will become a scholarship.  Please consider buying one of Jackie’s books this week (I’m sure romance readers can fine one they will like, she has written quite a few) and/or donating to the memorial fund. It’s every parent’s nightmare. Nothing will take away Jackie’s pain and loss but our support can help, even if only a little and that makes it worth doing. 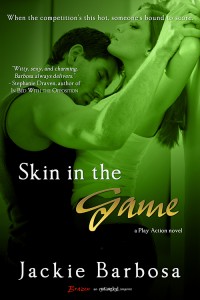 Why I read it: I received a review copy from the publisher via NetGalley.
What it’s about: (from Goodreads)  Angela Peterson was always the quiet, shy kid growing up in Harper Falls, crushing on the high school quarterback and honing her football strategy skills. Now grown up and coaching the high school team, she’s shocked when that same sexy quarterback returns to Harper Falls asks her back to his hotel room. And then tries to steal her job.
Injured NFL quarterback Cade Reynolds is in Harper Falls to take over as interim head coach, and he never thought the tall, blond bombshell he propositioned would offer up any resistance. Not to a repeat of the amazingly wild night they shared and certainly not to his coaching position.But the Harper Falls High Eagles are Angie’s team, and even the hometown hero won’t take that away from her, no matter how hot he is. As the two engage in a battle of wits and wills, this is one game neither is prepared to lose.
What worked for me (and what didn’t): I liked Angie very much in this book.  She is a strong woman in a non tradiational role, kicking ass and taking names. She is the math teacher so popular there’s a line to sign up for Calculus (this is unimaginable to me) and not just because she’s good looking – but because she’s such a good teacher.  She’s also the Head Assistant Coach of the high school football team and she designs all the plays for the team.  Her vision and imagination when it comes to the team’s playbook is one of the main reasons the team is headed to the championship.  She has the respect and affection of the players.  She loves her job and wants to keep doing it.
END_OF_DOCUMENT_TOKEN_TO_BE_REPLACED