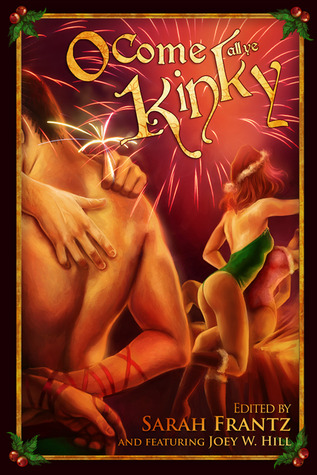 Came Upon a Midnight Clear by Katie Porter 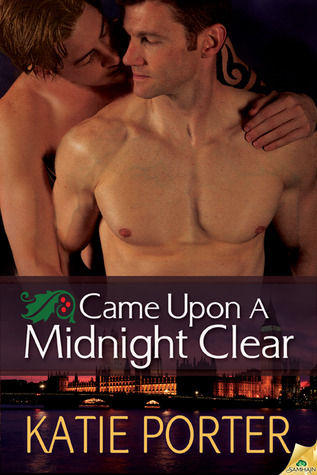 Why I read it:  I have Double Down and Inside Bet on my TBR and I was really excited to see an m/m romance was next up.  I pre-ordered and, after being assured by the Book Pushers that it was a stand alone, I dived in.
What it’s about:  (from Goodreads)  Lights, lovers…action!
Born to old Virginia money, film producer Kyle Wakefield’s conservative upbringing kept him in the closet. Only once did he venture outside: for a tempestuous teenage affair with Nathan Carnes. When Nathan’s self-destructive streak landed him in prison, Kyle slammed the door on youthful hopes. Despite Hollywood successes, he still hides his true self.

He thought he’d moved on, until his production company hires Nathan and his Second Chances stunt crew to work on the London set of a big-budget action flick. Watching Nathan risk life and limb with fellow ex-cons looking for a fresh start makes it tough for Kyle to keep his desires hidden.

Thirteen years have passed since Nathan’s teenage self-doubt led him to sabotage any chance of a future with Kyle. He’s come a long way since then, but despite their explosive sexual chemistry, Kyle treats their attraction like a deep dark secret.

Their matched Hollywood ambitions and a pain-in-the-ass director make cooperation essential. As the London holiday season casts its spell, the two men find themselves on the verge of falling in love again—even as old secrets and pain keep them shackled. The only hope of unlocking their hearts is a Christmas miracle.

What worked for me (and what didn’t): I’m not sure why this book didn’t work as well for me as I’d hoped it would.  Possibly it suffered from being so close to my reading of the excellent Private Dicks (which is a completely different book so, maybe not).  But, for some reason, I didn’t really connect with the characters.
Kyle’s reasons to remain in the closet for so long seemed thin to me (to be fair, even he realises this later on) and his assertion late in the book that if only Nate had stuck around Kyle would have come out much earlier was unfair.  I’m no expert on coming out but it seems to me that it should be something done for oneself and not as a result of anyone else.  Just my thoughts.  In any event, it was hardly Nate’s fault.
The book blurb says that Kyle and Nate had had a temporary affair, but they were together in high school for 2 years.  They made plans to run off together.  Plans which turned to custard and led to their breakup.  What exactly happened between the two men all those years before is not really spelled out until the book has nearly finished and during the read I had the sensation that I was repeatedly missing something.  I didn’t understand why Kyle and Nate were the way they were and the pieces didn’t really fit until the explanation was given.  In other stories, this device has worked for me but here, it kept me somewhat confused and at a distance.
There were some oddly worded sentences which jarred.  This is kind of a chicken and egg thing – do I notice the sentences because the story isn’t grabbing me or do the sentences pull me out of the story? I think perhaps it was the former.   Here’s an example of what I mean:

Kyle’s strokes reaped the fast, throbbing rhythm of the music that was around them, in them, taking over their lungs and blood.

Yes, he’d be forced to watch that footage again, but Nate’s body heat next to his thigh was a grounding potency.

I’m not sure if this is something to do with two authors collaborating or something else but there were a number of times in the book where I went over and over sentences trying to work them out.
There were also some inconsistencies in characterisation/description which I noticed.  For example, within  the first chapter, Nate is described in these two ways:

Nate had run scared like the fucking stubborn asshole he’d always been.

He’d never been afraid of wielding his sexuality like a machete.

It made it just a little more difficult for me to get a handle on the two main characters.
On the positive side, the sex was super steamy (although I wouldn’t have minded if their reaction on seeing each other for the first time in ten years had not been to fuck like bunnies) and the sense of place throughout the book was very well done.  The scene describing the Christmas pantomime was authentic and fun, as were the other English traditions referred to in the book.
I’m left with the nagging feeling that I’m somehow responsible for my lack of engagement with the story.  It should have worked better for me but it didn’t and I’m sorry but I can’t quite put my finger on why.