The Odds of Loving Grover Cleveland by Rebekah Crane, narrated by Caitlin Kelly 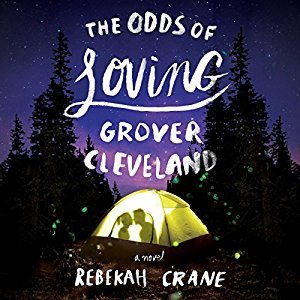 Why I read it:  I picked this one up cheap when it was an Audible Daily Deal.

What it’s about: (from Goodreads)  According to sixteen-year-old Zander Osborne, nowhere is an actual place—and she’s just fine there. But her parents insist that she get out of her head—and her home state—and attend Camp Padua, a summer camp for at-risk teens.

Zander does not fit in—or so she thinks. She has only one word for her fellow campers: crazy. In fact, the whole camp population exists somewhere between disaster and diagnosis. There’s her cabinmate Cassie, a self-described manic-depressive-bipolar-anorexic. Grover Cleveland (yes, like the president), a cute but confrontational boy who expects to be schizophrenic someday, odds being what they are. And Bek, a charmingly confounding pathological liar.

But amid group “share-apy” sessions and forbidden late-night outings, unlikely friendships form, and as the Michigan summer heats up, the four teens begin to reveal their tragic secrets. Zander finds herself inextricably drawn to Grover’s earnest charms, and she begins to wonder if she could be happy. But first she must come completely unraveled to have any hope of putting herself back together again.

What worked for me (and what didn’t):  What a lovely surprise this audiobook was. I didn’t really know what to expect going in to be honest. I tend to be more adventurous with audiobooks though and the title and blurb promised some romance so I took the plunge.

While there is a romance, it isn’t the major theme of the book and it’s not even the most prominent relationship. It was sweet and I enjoyed it but Zander and Grover are only 16 so it wasn’t the fall-in-love-and-be-together-forever-and-ever-happily-ever-after I mostly read. It did end on a happy hopeful note but the point of the book wasn’t really about Zander having a HEA romantically.

The story is told in first person present tense which I don’t mind at all (in fact, I quite like it, especially on audio) but not everyone does, so it’s worth  mentioning here. Each chapter begins with a brief letter, most often from one of the campers home but the rest of the book is told from Zander’s POV. For most of the book, we don’t know why Zander is at Camp Padua, a summer camp in Michigan for at-risk teens. We know there’s something but not exactly what. We slowly find things out as the story progresses until the full truth is revealed. At times I found it slightly frustrating (because I’m impatient) but I understood why, from a narrative and story perspective, the reveal took time. Zander wasn’t going to tell anyone until she trusted them. And trust takes time. Also, the impact of why Zander came to camp is so much more once you’ve spent some time in Zander’s head.

END_OF_DOCUMENT_TOKEN_TO_BE_REPLACED

I’m over at AudioGals with a review of Forever Right Now by Emma Scott, narrated by Greg Tremblay & Caitlin Kelly. It hit me in the feels. 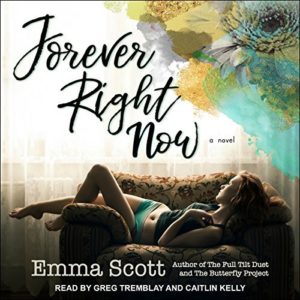 I’m over at AudioGals with a review of Intermediate Thermodynamics by Susannah Nix, narrated by Caitlin Kelly. Billed as a romantic comedy, I thought it fit better within “chick lit” (much as I dislike the term). The romance wasn’t front and centre enough. 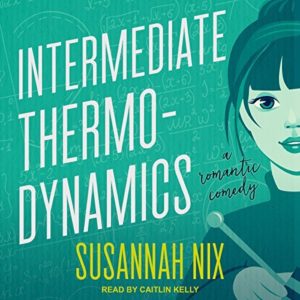