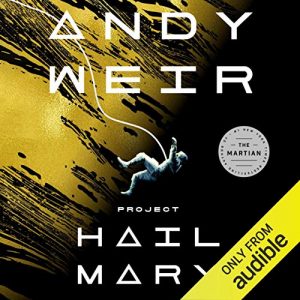 END_OF_DOCUMENT_TOKEN_TO_BE_REPLACED

The Martian by Andy Weir, narrated by RC Bray 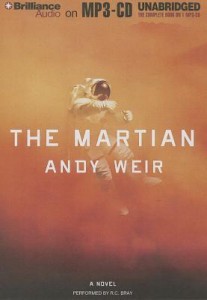 Why I read it:  This sci-fi book was highly recommended and I bought the audiobook a little while back. It’s not a romance but I don’t mind a little break every now and then and, as I’ve said before, I tend to be more adventurous with audiobooks anyway.  I hear this one is being made into a movie starring Matt Damon, to be directed by Ridley Scott.  If they don’t muck it up, it will be awesome.

What it’s about: (from Goodreads)  Six days ago, astronaut Mark Watney became one of the first people to walk on Mars.

Now, he’s sure he’ll be the first person to die there.

After a dust storm nearly kills him and forces his crew to evacuate while thinking him dead, Mark finds himself stranded and completely alone with no way to even signal Earth that he’s alive?and even if he could get word out, his supplies would be gone long before a rescue could arrive.

Chances are, though, he won’t have time to starve to death. The damaged machinery, unforgiving environment, or plain-old “human error” are much more likely to kill him first.

But Mark isn’t ready to give up yet. Drawing on his ingenuity, his engineering skills – and a relentless, dogged refusal to quit – he steadfastly confronts one seemingly insurmountable obstacle after the next. Will his resourcefulness be enough to overcome the impossible odds against him?

What worked for me (and what didn’t):  This book was an absolute cracker. Honestly, I was hooked from the beginning and the story kept me gripped right until the end. I am trying to restrain myself from just fangirl gushing about it – it was just that good.

Mark Watney has been left alone on Mars.  His crew, for valid reasons, thought he was dead and they had to leave in a hurry.  He is alone, in a hostile environment and has no communication with Earth or his crew’s ship (Hermes) because the same storm which caused the quick departure took out the comms.  So, at first, no-one even knows he’s alive.  What follows is him making a plan to survive until the next Mars mission which is four years away.  He is a mechanical engineer and a botanist, which, as it turns out, if you’re going to be stuck alone on Mars, include the perfect skillset.  He basically MacGyver’s what is available to him in order to survive.