I’ll be posted my favourites out of the DA-reviewed books over there and my favourite audiobooks reviewed at AudioGals will be going up over there – but this is where I mention the books I read and loved and reviewed here. Most of my favourites this year were reviewed at Dear Author or AudioGals as it happens but there were two books which I reviewed only here and which stood out to me so much that they deserved to get a special mention. 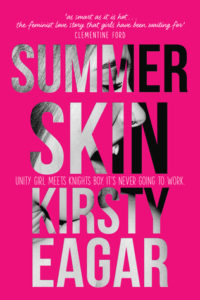 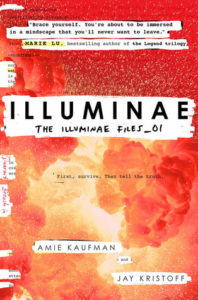 Completely different books but both brilliant – and also: Australian for extra bonus points. You can read my review of Summer Skin here and of Illuminae here. 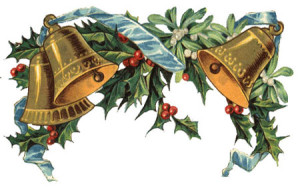 Why I read it:  My buddy Sirius reviewed this book at Dear Author – I was intrigued so I requested it from the library.

What it’s about: (from Goodreads)  This morning, Kady thought breaking up with Ezra was the hardest thing she’d have to do.

This afternoon, her planet was invaded.

The year is 2575, and two rival megacorporations are at war over a planet that’s little more than an ice-covered speck at the edge of the universe. Too bad nobody thought to warn the people living on it. With enemy fire raining down on them, Kady and Ezra—who are barely even talking to each other—are forced to fight their way onto an evacuating fleet, with an enemy warship in hot pursuit.

But their problems are just getting started. A deadly plague has broken out and is mutating, with terrifying results; the fleet’s AI, which should be protecting them, may actually be their enemy; and nobody in charge will say what’s really going on. As Kady hacks into a tangled web of data to find the truth, it’s clear only one person can help her bring it all to light: the ex-boyfriend she swore she’d never speak to again.

Told through a fascinating dossier of hacked documents—including emails, schematics, military files, IMs, medical reports, interviews, and more—Illuminae is the first book in a heart-stopping, high-octane trilogy about lives interrupted, the price of truth, and the courage of everyday heroes.

What worked for me (and what didn’t):  The blurb above really tells readers all they need to know going into the story. I think it’s a book that is best experienced with little expectation (other than a hopeful, satisfying ending of course!) so I don’t plan to talk much about the plot here. It kept me guessing right up until the end, there were numerous twists and turns I wasn’t expecting even though (because while Sirius told me the ending was upbeat I still got nervous) I peeked at the end.